A client of mine (let’s call him Chris for now) recently shared a story which I felt was worth putting in writing. It’s an encouraging story of being open minded, and at the same time having a strong degree of tenacity.

While some of you will know I’m a major advocate of focussing on the unadvertised jobs market (or the hidden jobs market) during a senior executive job search, this particular example relates more to one of those regular notification emails from various jobs boards that you’ll receive once you’ve registered.

A great looking role landed in his inbox one day, and being in job search mode he started to get quite excited at the prospect. The general view among recruiters and others I’ve spoken with within the industry say that unless you’re a 95% (JD) match for the role, walk away. Save yourself the heartache of applying and waiting. Why? There are more candidates at senior level than there are roles, so employers and headhunters can be picky. The bar has also been raised in terms of what is expected of a senior level candidate today, so being a great match to begin with is a good start.

Anyway, back to Chris. He did indeed ‘tick the boxes’ for this role but was disappointed when he discovered that the job deadline had passed by 5 days. However, Chris is the tenacious type, and a consummate networker. He decided to put some feelers out via his network to see if anyone was connected to the recruiter or the company in question (which was named in this case).

He discovered that one of his contacts in fact knew a good deal about the company in question and was prepared to furnish him the name of a key contact. Chris researched this a bit further, found a relevant email address and sent a message mentioning that he was interested in the role, but that he was aware that the deadline had passed. His rationale in the email also extended to the fact that he was sure he was such a good fit for the job in question. 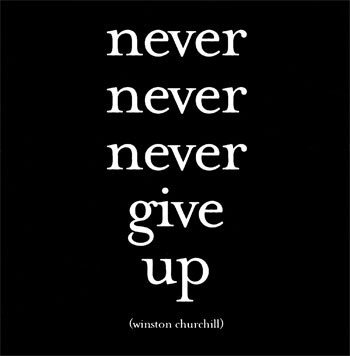 He did a good deal of digging and preparation work, using his network to gain some amazing insights which he could allude to during the interview process. He had a bit of a journey to get to the interview, so was there in plenty of time to glance over his notes, get the lay of the land, and have a coffee or two beforehand.

During the interview one question threw him. As a general manager without a finance specialism, one question from the CFO threw him around ‘What kind of things would you be keeping a regular eye on in a financial sense’? But Chris didn’t fudge the answer, instead stating that he had some ideas, but could the CFO clarify… which he did with a bit of sideways smirk.

The dreaded ‘internal candidate’ syndrome presented itself, as I’m sure many of you reading this will have experienced.

However, the CEO rang Chris a couple of days later and said, “Don’t feel bad. You did very well, it’s just that internal candidate had a bit more P&L experience. But I want you on our team. The next time a similar role comes up, which it will in around three months, it’s yours. No job interview necessary”.

Now, ‘the jury is still out’ over this one to date as the secondary offer date has not passed, but the learning point I want to emphasize is don’t accept a passed closing date as meaning it’s not worth applying. I can’t state a definitive time limit for this, but I would say that if it were me, a couple of weeks might be a tempting yard stick.

Have you had any experiences which you could share with other senior executives? Ideally positive anecdotes that your peers can learn from. Or perhaps you’re a recruiter with a slightly different ‘take’ on this? We’d love to hear from you so please leave your comments below. 5 Interview Questions You Must Nail In Your Executive Job Interview Fake News – You can’t change your career at 40

Do you remember the excitement of turning a page of your favourite book? The anticipation of what might happen, holding your breath and being…
PrevPrevious
NextNext